I have often been accused of being too trusting.  Like it’s a bad thing.  And maybe it is.  It’s caused a lot of problems in my relationships.

My first husband described himself as a poor, half-breed bastard.  As a result, he had a less trusting world view than I did.  He could spot a liar from a mile away.  Once when I was making conversation with his brother’s girlfriend about her studies in nursing, he told me afterwards that she was lying.  That people often lie while making conversation.

This was a foreign concept to me.  I figured you should at least have a good reason to lie, even if it didn’t make it excusable.

Once my purse was stolen at Burger King on the way to a bowl game.  I forgot to get it when we walked out the door.  I realized it about a minute later, but in that small amount of time, they took it.  My ex knew who stole it right away and he knew that the employee who took our order was in on it.  He even went up to the guy and confronted him.

While there were some advantages to his street smarts, ultimately, his lies destroyed our marriage.  I tried to trust him again, but he didn’t trust himself, so we agreed to divorce.  That was one of the many lessons I learned from my first marriage: be wary of people who don’t trust others, because they probably lie, too.

I wish I could say I have been more careful about who I’ve trusted since then, but sadly, I have not.  I seem to be pathologically trusting.

I dated someone who told me straight up that he had problems with lying.  And I caught him lying several times right away.  Like my first husband, he didn’t think he could be honest, either, but he wanted to change.  I kept rooting for him.  You can do it!  I have faith in you!

My therapist would repeatedly tell me that if the person says they can’t do it, believe them.  I guess this was the most honest thing they had said to me, but I didn’t want to believe it.  I never wanted to give up on anyone.

But I finally get it:  you can’t trust people who don’t trust themselves.  You can’t will someone to have faith.

Some people have suggested that perhaps we can be friends down the road.  Yes, he lies, but it won’t matter in a friendship.  Except that it does.

In the second half of my life, I want to surround myself with people who are honest and trustworthy.  I want to choose people who believe in themselves, so that we can believe in ourselves together.

I found a new art app that creates patterns using mathematical properties.  Artsy and nerdy at the same time.  How cool is that? 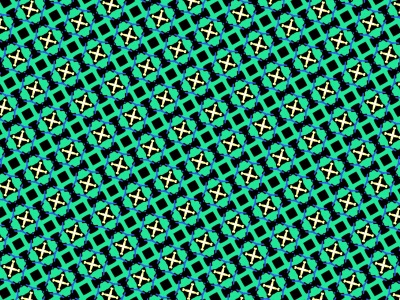 I didn't know it at the time, but I wanted to be a psychologist so that I could figure out how to be normal. I think many people come to counseling for the same reason. What I've come to learn is that feeling good about myself is not about trying to be normal. It's about trying to be me. But it's a constant struggle for me, just like it is for everyone else. So I thought I would approach this task with openness and honesty and use myself as an example for how to practice self-acceptance.
View all posts by Christy Barongan »
← Competitive Latch-Hooking
46 Lessons Learned from Blogging →