RSS Feed
← Learning to Trust my Intuition: The Story of Edgar Cayce
Where the Heart and Mind Meet →

I Must Be Feeling Better

About 2 months ago I wrote a post about feeling depressed again. I knew I was at risk of it because it was winter, and we were at our busiest time of the semester at work, and I had spent an extended period of time with my family over Thanksgiving. But often when I am in the midst of something difficult, I try so hard to be positive that I do not fully process how miserable I am in the moment–like when I hurt my back.

But that day in December I could no longer deny it–I was officially depressed. Evidenced by the fact that I was not looking forward to our cookie exchange party. Because I really like sweets. If I had been my “normal” self, I would have been singing the Cookie Monster song. You know the one. C is for cookie, that’s good enough for me! Oh, cookie cookie cookie starts with C!

In fact, not singing out loud in public is also a sign that I’m probably depressed.

The good news is, I’m better now. Because last night my friends and I went out to dinner at O’Charley’s after our tennis match, and our waitress told us that it was free pie Wednesday.

Initially, we were in a state of disbelief. It’s what? We get a free pie? Are you serious? That is awesome! Is this a limited time offer? So you mean every Wednesday we can get free pie? How long have you worked here? You’re sure it’s not going to end? If we stay here all day do we get more than one piece?

And then throughout the night I would spontaneously yell out “free pie Wednesdays!” I told my brother when he called me last night. And this morning I texted my friends who were there to remind them about free pie Wednesdays. Although I’m pretty sure they remembered.

This is what my normal state is like. Celebration of sweets to an annoying degree. But come on! Free pie! That’s the best promotion I’ve ever heard of. Still, had it been a couple of months ago, I would have been much less exuberant. I mean, I still would have gotten it and eaten my pie, but I might not have kept yelling “free pie Wednesdays!” every few minutes.

And then a couple of weeks ago I ordered some new tennis shoes and did not realize that they glow in the dark until we turned out the lights at the indoor tennis facility where we play–the one that is closing at the end of the month–and they were glowing in the dark. I couldn’t believe it. I was like, these are the most awesome tennis shoes ever!

Since then, I’ve been thinking about starting glow tennis. All of the lines and the net and the balls would glow in the dark. Plus, in addition to shoes, we could have glow-in-the-dark clothing, hats, wrist and head bands, overgrips, and strings. This would be a great way to get kids interested in tennis. And it would save electricity. There may be a slightly increased risk of injury from running around in the dark, but we could get everyone to sign a waiver and tell them to play at their own risk. No one listens to those warnings, anyway. Like running at the pool. Or diving in the shallow end.

And I could make a bunch of money if it were successful. Heck, I wouldn’t even need to win the lottery anymore. And I would get to wear my new shoes. And then after playing glow tennis I can go to O’Charley’s and eat free pie.

The only problem is, this semester may be busier than last semester, so I may be headed for a mental breakdown again in a few weeks. Knowing this in advance does not always make it possible for me to prevent it because, despite all of the work that I put into maintaining my mental state, some things are not in my control.

But in this moment, I am happy, so I’m just going to enjoy it for as long as it lasts. And wear my new shoes. And eat free pie on Wednesdays. 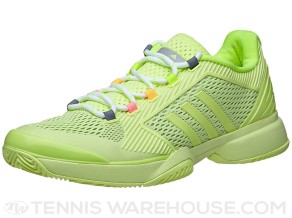 I didn't know it at the time, but I wanted to be a psychologist so that I could figure out how to be normal. I think many people come to counseling for the same reason. What I've come to learn is that feeling good about myself is not about trying to be normal. It's about trying to be me. But it's a constant struggle for me, just like it is for everyone else. So I thought I would approach this task with openness and honesty and use myself as an example for how to practice self-acceptance.
View all posts by Christy Barongan »
← Learning to Trust my Intuition: The Story of Edgar Cayce
Where the Heart and Mind Meet →