RSS Feed
← Control What You Can Control
Satisfaction Guraranteed →

If you’ve been reading my blog for a while, perhaps you remember my inner infant–that part of me that gets anxious for apparently no reason but has no words to tell me what she’s upset about. I am still like a new parent who is getting to know their child for the first time. It is a very slow, painstaking process. But I came to a realization last week that has been helpful in being more compassionate towards this anxious baby, who I will call Amygdala for scientific reasons that are too technical to get into, but if you’re interested, you can check out this article.

Every morning when I’m getting ready to leave for work, Amygdala gets anxious and I have to say my standard mantra to her: It’s OK. Everything’s going to be OK. You’re fine. Everything’s going to be fine. And when I’m frustrated, I add although I have no idea what you’re anxious about!  Which is not very compassionate, and therefore not very effective in soothing her.

For some reason, last week I realized that Amygdala gets anxious when I am in transition–from sleep to wakefulness, getting dressed, getting into the car, getting out of the car, leaving work, going to play tennis. I imagined what it would be like for a baby during these times, and I could see why Amygdala would be anxious.

For example, when I am spending the night in a different place for the first time, I will often wake up and have a split second where I don’t recognize my surroundings and not remember where I am. Then I’ll be like, oh yeah. I’m at districts. But babies don’t have very good memories, because their brains aren’t fully formed. So for them, every time they wake up, they probably don’t recognize their room. Or they could have been moved to a different room while they were sleeping. And they’re probably like, where the hell am I?! (If it were a baby that cursed, that is.) What am I doing here? Where is that person who is supposed to be taking care of me?!

Or like how when my niece was younger she never wanted to go to dance class, even though she loves dancing and always enjoys it once she’s there. I never understood why kids do that, since I’m not a parent. But I do know what it feels like to be all content doing whatever you’re doing and then having to get up, change clothes, drive somewhere, and see people, even if it’s to do something I love, like play tennis. It’s hard to overcome the inertia of doing nothing. So I can see why that might be upsetting.

But since I’ve realized this, I’ve figured out something more compassionate to say. Whenever Amygdala cries because I am in transition, I tell her that it’s OK, she’s just anxious because we’re doing something different, but once we get there, everything will be fine. And it usually is.

So maybe I’m becoming a better parent after all. 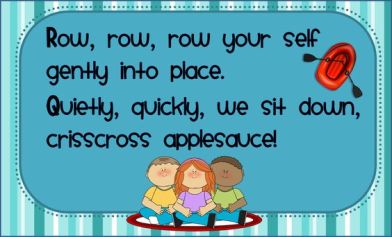 I found this while I was looking for quotes on transitions. My inner infant has no idea what it means but she thinks it’s funny.

I didn't know it at the time, but I wanted to be a psychologist so that I could figure out how to be normal. I think many people come to counseling for the same reason. What I've come to learn is that feeling good about myself is not about trying to be normal. It's about trying to be me. But it's a constant struggle for me, just like it is for everyone else. So I thought I would approach this task with openness and honesty and use myself as an example for how to practice self-acceptance.
View all posts by Christy Barongan »
← Control What You Can Control
Satisfaction Guraranteed →