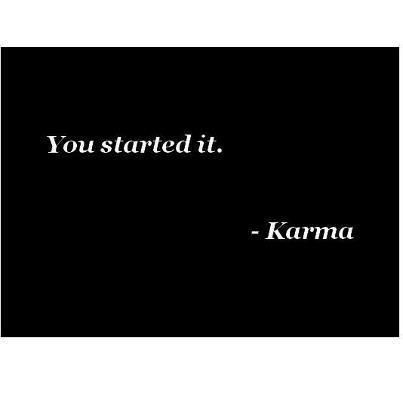 Personally, I really like the idea of reincarnation. Having one lifetime to get our act together seems like the equivalent of a timed test. Since God is so forgiving, it makes more sense to me that He would give us as much time as we need to get it right.

In a previous post I wrote about reading Edgar Cayce’s biography. He is one of the few known documented psychics, and his readings are Christian-based. One of the things that I found most interesting is that Cayce said that reincarnation is consistent with Christianity. That in the period during which they were trying to promote Christianity over paganism, the powers that be left out the part about reincarnation because they thought it would be too discouraging: it’s hard enough to try to be good in one lifetime, let alone multiple lifetimes.

Also, Cayce found that when he would do readings where he told people about their past lives, people would become complacent if they found out they had been something loftier in a previous life. While it might be cool to find out that you were once a King or Queen, in reality this means that you have fallen from grace and need to work harder in this life to move back up the Karmic ladder.

I also like the idea of Karma because, while it gives us feedback on how to live our lives, it does so without judgment. In “Lovingkindness,” Sharon Salzberg says that there is no reason to condemn others because in our past lives we have done everything:

We have loved, hated, feared, killed, raped, stolen, given, served….Through beginingless and ongoing rounds of rebirth, we are all one another’s parents, children, friends, lovers, and enemies, over and over again….How then can we feel self-righteous or removed from anyone or any action?

And just as Karma is not about judging others, it is also not about judging ourselves and beating ourselves up for our mistakes. Rather, people who commit loving acts live in good health, strength, and abundance, while people who commit harmful acts experience pain, disease, and weakness. This was really helpful to read, because I judge myself based on what I think I deserve and don’t deserve all the time. And it does kind of hurt my feelings when I say stuff like that.

Salzberg says that we create a field of influences which is made up of skillful and unskillful (not good and bad) actions. If we have many more unskillful than skillful acts, this creates a field that makes it more likely that we will experience negative consequences. If, on the other hand, we commit to restraint, mindfulness, and lovingkindness with an occasional unskillful act–because nobody’s perfect and we all do harmful things, as she said in the quote above–the flow of our lives becomes like a vast and open space in which the impact of the unskillful acts is diluted.

I have to admit, because of my obsessive nature, I would like a more precise recommendation on the ratio of skillful to unskillful acts to get a better sense of whether I’m on the right track. But I’m hoping that if you spend time reading books on lovingkindness, that adds to the spaciousness of your field of influences.

I didn't know it at the time, but I wanted to be a psychologist so that I could figure out how to be normal. I think many people come to counseling for the same reason. What I've come to learn is that feeling good about myself is not about trying to be normal. It's about trying to be me. But it's a constant struggle for me, just like it is for everyone else. So I thought I would approach this task with openness and honesty and use myself as an example for how to practice self-acceptance.
View all posts by Christy Barongan »
← Being Present
Normal is Never Done →