RSS Feed
← What Would You Do?
Four Years Later… → 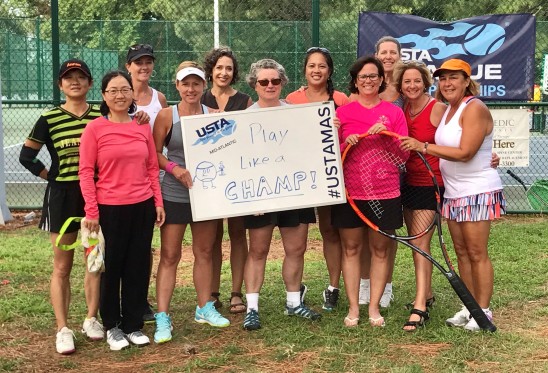 It’s been a year since my brother got out of the hospital and I invited him to live with me. The past week has been a series of anniversaries of traumatic events, and in that series, today was the worst day.

A year later, I am having a stellar beginning to my academic year. Further proof of the benefits of practicing mindfulness–the reminder that all things pass, and ultimately you will be OK. I have also learned how to look for happiness when it seems as though there’s nothing to be happy about, and how to savor it when I experience it.

This year began with my tennis team advancing to sectionals. If you don’t know anything about league tennis, this is a big deal. It’s sort of like advancing to the Elite Eight in the NCAA Basketball Tournament. And if you don’t watch basketball, then just think of it as a once in a lifetime experience.

One of the lessons on happiness that I often write about is that you never know how you will feel about something until you get there. I had always imagined that advancing to sectionals would be a joyful thing. And it was joyful, but it was many other things, too. That seems to be the general rule–we never feel just one thing. Instead, we feel multiple, often contradictory things. I was happy we won but it didn’t make me a happier person in general. I still worried about the same things, had the same insecurities. Winning didn’t make me less neurotic, and it didn’t change my life for the better. It was a reminder that, because all things pass, happiness is also fleeting.

During the weekend of the tournament I had the opportunity to get to know two players who I had never spoken to before beyond saying hello. Although they barely knew me, when I needed a place to stay, they invited me to stay in their room on the spot–which helped tremendously with my obsessing about money. Many of my friends helped in whatever way they could–negotiated a lower rate for my room, shared their food with me. It was a reminder that making meaningful connections with other people is the thing that brings me the greatest happiness. It’s why I have the job that I do. Why I captain so many teams. Why I want everyone go out to dinner after our matches.

In a few weeks, we will be off to sectionals, and I am excited about the chance to advance to nationals. I will enjoy the challenge. I will channel my inner warrior. I will go all out to win. But win, lose, or draw, I know that the time off court with friends old and new will give me plenty to be happy about. And after the thrill of victory or the agony of defeat fades, the friendships will still remain.

I didn't know it at the time, but I wanted to be a psychologist so that I could figure out how to be normal. I think many people come to counseling for the same reason. What I've come to learn is that feeling good about myself is not about trying to be normal. It's about trying to be me. But it's a constant struggle for me, just like it is for everyone else. So I thought I would approach this task with openness and honesty and use myself as an example for how to practice self-acceptance.
View all posts by Christy Barongan »
← What Would You Do?
Four Years Later… →