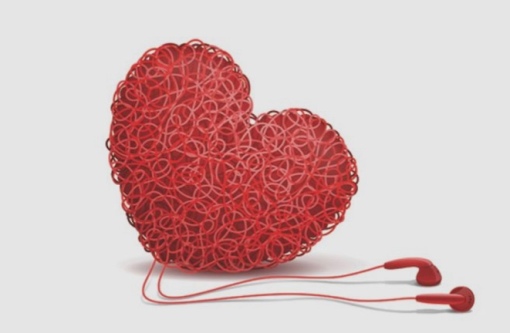 I’m reading this book by Pema Chodron Called When Things Fall Apart.” She’s pretty funny for a Tibetan Buddhist. She talks about how she threw a rock at her husband when he said he was leaving her. She’s a nun now. Maybe that’s why.

But I digress. In one chapter she says

if we really knew how unhappy it was making this whole planet that we all try to avoid pain and seek pleasure–how that was making us so miserable and cutting us off from our basic heart and our basic intelligence–then we would practice mediation as if our hair were on fire.

I thought that was hilarious! I mean, I meditate every day, but if my hair were on fire, that is not the first thing that would come to mind as to what I should do. But apparently that’s a popular phrase, because in this meditation conference I just went to, Bill Morgan talked about people’s hair being on fire all the time. Maybe that happened a lot in Asian countries.

The focus of this conference was on how to make meditation practice work for Westerners. He thinks that most people in the West can’t get into meditating because sitting quietly just feels like an opportunity to let demons and thoughts of unworthiness run amok. And our attention span is so short that it feels torturous to sit still for even a few minutes. Plus, because we are so goal-oriented that we spend too much time striving, trying to make something happen.

So we spent the weekend learning ways to start meditating in a gentler, kinder way. Morgan suggested that when we begin a meditation practice, we start by creating an experience of comfort. This is a way we can learn to soothe ourselves. Often we would begin by standing up to stretch, shaking out any discomfort. Then when we sat to meditate we would begin with a memory, sound, or image that we find soothing. The face of your grandmother, perhaps. The sound of the ocean. Thinking about your pet. Playing with your niece.

This was revolutionary for me because, as you know, I really struggle with self-soothing. For the longest time I really had no idea how to comfort myself. I’m still not great at it. I realized during this conference that I primarily try to comfort myself by creating chaos–a common strategy for people with histories of trauma. Peace and quiet feel strange, foreign, so we recreate the experience of the chaos we grew up with, because it at least feels familiar.

My version of creating chaos involves taking on too much–signing up for Talkspace, moving, volunteering to captain a team that I don’t even have time to play on because they need another captain. Or by obsessively trying to practice self-care, which ends up stressing me out more than it reduces my stress. I just did my health assessment for my job and all of my health markers were worse than they were last year. So apparently I’m getting an F in self-care. Sort of like when you study really hard for you Calculus but still end up failing all the tests.

After spending time in meditation during the conference, I think I’ve figured out why practicing self-care hasn’t been helping. I’ve treated living with anxiety, depression, GERD, asthma, and allergies as a chore. I had been practicing self-compassion, but my attempts at self-care were driven by fear of crashing and burning. My routines were done resentfully, begrudgingly. As if I had a child who I thought was a pain in the ass but I have to take care of her because that’s my job.

In the meditations he taught us, he told us to pay attention to ourselves with the heart of a caregiver. I do that for my clients but not for myself. I do not listen to myself wholeheartedly. So that’s what I’m going to do. I’m not just going to go through the motions of checking in with myself. I’m going to try to listen with an open heart, as though I were someone who I cared for deeply. Because I want to be someone who I care for deeply.

I didn't know it at the time, but I wanted to be a psychologist so that I could figure out how to be normal. I think many people come to counseling for the same reason. What I've come to learn is that feeling good about myself is not about trying to be normal. It's about trying to be me. But it's a constant struggle for me, just like it is for everyone else. So I thought I would approach this task with openness and honesty and use myself as an example for how to practice self-acceptance.
View all posts by Christy Barongan »
← Five Years Later
Falling Apart →