In Times of War

I find it fascinating to read accounts of the things people do to survive in times of war.  I will never forget reading this memoir of a refugee from Korea.  She described how one mother threw her baby in the river while she was fleeing.  That has become my symbol of survival at all costs–throwing your baby in the river.

One of the things I love about tennis is that you get to see what people would be like in times of war.  Competition can bring out the best and worst in people.  There are tennis players like Federer and Nadal, who are warriors but also class acts on and off the court.

And then there are players who couldn’t be nicer off the court, but get them in a losing match and you’ve got rackets, curse words, and insults flying everywhere.  They question every line call.  They cheat.  They resort to gamesmanship.  They do whatever it takes to win.  You probably know some of these people.  I have no doubt that in a war, these people would have a better chance of surviving than I would.

But I also read this book called The Noonday Demon where the author interviewed people all over the world to get different perspectives on depression.  One of the interviews was with this tribe that fought bitterly in a civil war to survive, but once the war was over many of them committed suicide.

Apparently, the things you have to do to survive make it hard to live with yourself after you’ve won.

I try to play with people who are competitive but are still the same person on and off the court.  That’s why in my mixed doubles partner ad, I said I wanted a partner who demonstrates good sportsmanship, has a positive attitude, and never stops fighting for the win.  I want to win, but most importantly, I want to be around people whose company I enjoy.

I think that for the most part, I am the person I strive to be on the court.  In fact, I find it easier to be the person I want to be in tennis than I do in real life.  But because I don’t want to win at all costs, combined with the excessive empathy problem, I’d probably reduce my chances of survival by doing something like helping someone who has no chance of making it.

But then again, we never know how things are going to turn out.  We don’t know if we’re going to win or lose, survive or perish–because all the factors aren’t in our control.  So I try to make choices that I can live with, regardless of the outcome. 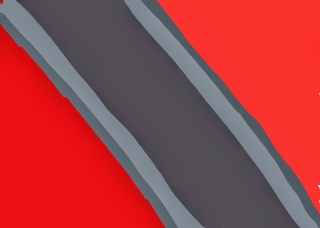 I didn't know it at the time, but I wanted to be a psychologist so that I could figure out how to be normal. I think many people come to counseling for the same reason. What I've come to learn is that feeling good about myself is not about trying to be normal. It's about trying to be me. But it's a constant struggle for me, just like it is for everyone else. So I thought I would approach this task with openness and honesty and use myself as an example for how to practice self-acceptance.
View all posts by Christy Barongan »
← Breakups
Angels →