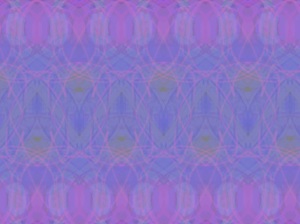 Once when my brother was manic he thought he was the smartest person in the world. I don’t think he did anything with this newfound knowledge; I think it probably just felt good to believe he was intellectually superior. He also did stuff like show up at people’s houses unexpectedly to collect long overdue debts and convince telemarketers to go out on dates with him. This is one of the reasons why people who are bipolar don’t want to take their meds; who wouldn’t want to feel invincible?

While I haven’t reached the heights of mania that he has, I have what could be considered delusions of grandeur. For example, ever since high school I have been convinced that I am going to be a famous writer some day. I would ask whoever I was with how they felt about the fact I was going to be famous–whether they minded that they would be in the limelight and whether they would feel threatened by my success.

I still believe this. I’ve read all the stuff that says that the J.K. Rowlings and Elizabeth Gilberts of the world are the exception rather than the rule, but I’m not really deterred by  it. I don’t usually admit this to people because it does sound a bit delusional, but it’s a nice reprieve from feeling like I suck.

And it’s a helpful delusion. Anyone who aspires to do something great has to believe the odds are in their favor. Otherwise, why try? It’s hard to walk that line between believing that you are destined for greatness and being manic, but people do it all the time. So why not me? I have decent balance.

In The Secret Life of Bees, Zach is a black kid who wants to be a successful lawyer in the South during the Civil Rights era. Lily tells him she’s never heard of a Negro lawyer. That you have to hear of these things before you can imagine them. He counters that you have to be able to imagine what’s never been.

I would take this a step further. Our imaginations are actually fairly limited; we can’t envision all of the possible outcomes. Perhaps I  won’t write some best seller, like I have always imagined. Perhaps success will happen in a completely different way. Someone could decide to make tennis skirts out of my patterns, for example. Or maybe it will be something else that I can’t conceive of from my limited viewpoint of the present.

I try to bring myself back to reality. Don’t get your hopes up. Maybe all you will accomplish is to help a few more people than you do through therapy–which would be worth it, too.

But I’ve said it before and I’ll say it again: you can’t fail if you never stop trying.

I didn't know it at the time, but I wanted to be a psychologist so that I could figure out how to be normal. I think many people come to counseling for the same reason. What I've come to learn is that feeling good about myself is not about trying to be normal. It's about trying to be me. But it's a constant struggle for me, just like it is for everyone else. So I thought I would approach this task with openness and honesty and use myself as an example for how to practice self-acceptance.
View all posts by Christy Barongan »
← Sensitivity
Self-Disclosure, Part 2 →