RSS Feed
← Excuses
Why Blogging is Better than Dating →

I have always been an equal opportunity dater: I do not discriminate based on ethnicity, age, SES, marital status, or diagnosis. I have even dated people for the sole purpose of overcoming some form of prejudice against them. It was sort of like radical empathy training.

But it did not go well in many cases. Like that time I dated someone who was 23 when I was 35. I didn’t discriminate based on age, which in my mind was a good thing, but it was hard to have a meaningful conversation with someone that much younger than me. I’m actually kind of embarrassed about the whole thing. I never admit that I dated him whenever I see him on the tennis court–which rarely happens, thank goodness. Although he did introduce me to the movie “Elf,” for which I am eternally grateful.

I think I have taken the Christian and Buddhist mandate to be nonjudgmental too literally. I took the idea of having an open mind about someone to such an extreme that I rarely said no to anyone who asked me out. And then I tried to make the relationship work, even if I didn’t like the person.

I’m beginning to think that’s not what Jesus and Buddha meant at all about being nonjudgmental. When Jesus said to love our enemies, he probably didn’t mean we should date all of them.

Plus, if we aren’t supposed to judge people ever, that would also mean that we shouldn’t say that someone is a good person, either. How can we say that Nelson Mandela was an exceptional human being without comparing him to others who are less exceptional? Some judgement of others is unavoidable.

So maybe it’s OK to decide not to date someone based on ethnicity, age, SES, marital status, or diagnosis in a non-discriminatory way. Maybe I can even decide to say no just because they eat their peas one at a time, like Seinfeld did. Maybe I don’t have a moral obligation to give everyone a chance.

Maybe I really do think too much.

Despite the logical argument I have laid out here, I still feel bad when I imagine turning someone down because I have judged them to be undesirable in some way. But I guess choosing not to date someone isn’t the same thing as saying someone is a bad person. And really, that is the judgment that Jesus and Buddha seem to be the most concerned about.

This picture has nothing to do with this post, but my friend took it and I think it’s cool. 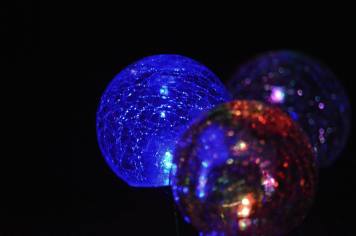 I didn't know it at the time, but I wanted to be a psychologist so that I could figure out how to be normal. I think many people come to counseling for the same reason. What I've come to learn is that feeling good about myself is not about trying to be normal. It's about trying to be me. But it's a constant struggle for me, just like it is for everyone else. So I thought I would approach this task with openness and honesty and use myself as an example for how to practice self-acceptance.
View all posts by Christy Barongan »
← Excuses
Why Blogging is Better than Dating →