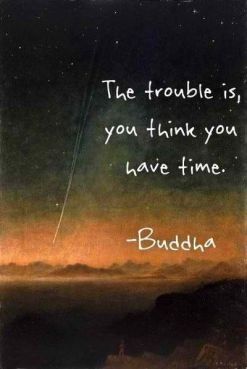 I went on my second vacation for the summer–the one where I get to spend time with my niece, Sadie. For the most part, it was a nice break from the demons of depression, anxiety, boredom, and loneliness. But there were some moments of existential angst. And at the weirdest times, too.

Like on the water ride Escape from Pompeii at Busch Gardens. If you haven’t been to Busch Gardens, I’m sure you’ve been on a similar ride with perhaps a different name in some other amusement park. It’s the one that is really short and primarily focuses on one drop where you get drenched at the bottom. There’s even a viewing area where people can get soaked without actually having to get on the ride.

While there were many educational moments on the trip, this was not meant to be one of them. There was no history of Pompeii description anywhere that you could read as you stood in line or anything. And yet, while we were in the section of the ride where they make you feel like they’re going to set you on fire, I couldn’t help but imagine what it must have been like to be going about your day, buying groceries or whatever, completely unaware of the fact that you and your entire city were about to be destroyed.

Hopefully they didn’t suffer for very long. I imagine death must have come pretty quickly. And while people who prepare for the apocalypse hope to be one of the few survivors, I think I’d rather not be. Because there would be more suffering involved in surviving the annihilation of civilization than there would be in immediate death.

At one point in the ride this fake statue almost falls on your head. I thought how terrible it must be to have all of these buildings and statues that you spent years creating get destroyed in however long it takes a volcano to erupt and wipe out civilization. If you survived and had a chance to reflect on it, I’m sure that would be devastating. So maybe it’s good that they didn’t.

This section of the ride only took about a minute, by the way. Literally. You wouldn’t think that would be enough time to reflect on death and destruction and surviving the apocalypse, but it was for me.

And then we went down the drop and got soaked.

And then we got on the ride again.

I’m a big proponent of the idea that we should live like every day is our last. That we savor every moment, pursue every goal, and spend time with the people we love as often as we can. But since I have an anxiety disorder, I also obsess about death and bodily harm. And things that aren’t necessarily dangerous but terrify me nonetheless. Like closed spaces. I almost had an anxiety attack on a flight simulator on this same trip for that reason.

Incidentally, while we were on another water ride, these two girls who couldn’t be more than 12 casually related this story of how they were stuck in the part of the Pompeii ride where they make you feel like they’re going to set you on fire for 30 minutes. And they couldn’t turn off the fire for 15 minutes. No big deal! Totally freaked me out.

Anyway, like I was saying, I have a hard time finding a balance between living like I were dying without actually obsessing about the dying part. For now, my primary strategy is to do what I learned in the self-compassion retreat. I tell myself not to think about that right now, because it causes me suffering. And I don’t want to do anything that causes myself unnecessary suffering.

And in that moment, it worked.

Until we went to the Smithsonian Museum of Natural History and I found out that some fossils of two dinosaurs fighting were preserved because flash floods in the desert buried them on the spot.

I didn't know it at the time, but I wanted to be a psychologist so that I could figure out how to be normal. I think many people come to counseling for the same reason. What I've come to learn is that feeling good about myself is not about trying to be normal. It's about trying to be me. But it's a constant struggle for me, just like it is for everyone else. So I thought I would approach this task with openness and honesty and use myself as an example for how to practice self-acceptance.
View all posts by Christy Barongan »
← In a Perfect World
I’m Bored →