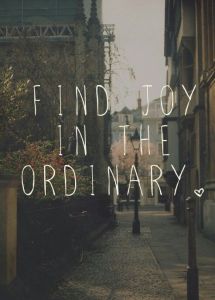 Sometimes I think God tries to help me wake up with text messages. And by having to pee every hour after 6 a.m.

Even though I keep my phone on vibrate at night, I still wake up when I get a text. Am I that light of a sleeper that I can hear the buzz? Am I so happy to get a message that I can sense it in my sleep?

Whatever the reason, for me, the typical pattern in the morning is to wake up, check my phone, go to the bathroom, and go back to sleep. Repeat every hour until I finally get out of bed. Which is usually several hours later.

Even in this state between sleep and wakefulness, my inner critic is hard at work. Right before I look at my phone, it says no one gives a crap about you. Which kind of hurts my feelings. I guess it’s trying to be helpful by mentally preparing me for the disappointment of not seeing a message. As I have mentioned in several blog posts, not having anyone to check in with in the morning is one of the hardest parts of being single.

Yesterday, however, I woke up to several texts. (Take that, inner critic!) One of them was from a friend who asked me if I had gotten the paper. For people who keep up with the news on a daily basis, their first association would probably be to the newspaper. But since I am not one of those people, I had no idea what she was talking about.

Like my inner critic, my anxiety was also wide awake and coming up with catastrophic situations that this mysterious paper might be referring to. Did I mess something up? Was there a 9/11 type attack going on? Was there some kind of tennis emergency?

Luckily, she was referring to an editorial about a former NFL player who struggled with bipolar disorder but did not know it until much later in life. Whew! I mean, I felt bad that the guy had to suffer, and I was glad that he was making the public aware of the importance of funding for mental health issues, but I was also glad that the world wasn’t coming to an end.

Even in this half-asleep/half-awake state, it made me think about how much we take for granted that ordinariness can be a good thing. When something bad happens, we are acutely aware of how in a moment’s notice, our lives can be turned upside down. An illness. An accident. An affair.

I’m not trying to be morbid or anything. In fact, I was genuinely happy that, in that moment, my life was exactly the same as it had been when I had gone to bed. Ordinarily I would have felt bad about waking up at noon, but in the grand scheme of things, it’s really not that big of a deal. It was par for the course. Just an ordinary day.

I didn't know it at the time, but I wanted to be a psychologist so that I could figure out how to be normal. I think many people come to counseling for the same reason. What I've come to learn is that feeling good about myself is not about trying to be normal. It's about trying to be me. But it's a constant struggle for me, just like it is for everyone else. So I thought I would approach this task with openness and honesty and use myself as an example for how to practice self-acceptance.
View all posts by Christy Barongan »
← I’m Bored
Prince Eggshell →