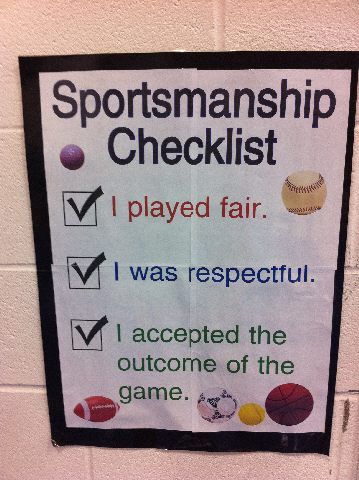 I have always prided myself on not using head games to win. However, this morning, as I started obsessing the moment I became conscious, I realized that this is not completely accurate. If head games are something you use to affect your opponents’ behavior, then I am guilty as charged. But not in the way you might think.

Last month while I was at districts, I played a match in which my partner and I were frustrating our opponents with our game. They tried to make adjustments, but they weren’t working. I could see that they were starting to lose it. They started arguing with one another. A few points later, they went ballistic when I called a ball out. As I have mentioned in previous posts, I tend to be overly generous with line calls because I’m afraid of going to hell. But it was so obvious that this was a ploy to disrupt our concentration that I was uncharacteristically dismissive of their protests. Then, during the changeover, they complained to the official that we were taking too much time. At that point, I actually started laughing, their tactics were so transparent.

In the next game, one of the opponents hit a good shot, and I acknowledged it, because that’s what I always do. My partner said they don’t deserve compliments, but I explained to her that if I let their behavior affect my behavior, they win. Their head games worked. It’s not that I wanted to be nice; I wanted to send the message that there was nothing they could do to disrupt my concentration. That I was mentally tougher than they were.

Interestingly, my good sportsmanship was so disarming that they, too, started acknowledging our good shots. And by the end of the match we shook hands cordially, and our opponents did not show a trace of the animosity they had demonstrated earlier. And I have to say, I was prouder of myself for the way I handled their head games than I was for the way I played. Although the win felt good, too.

What a revolutionary idea. That good sportsmanship can be as contagious as poor sportsmanship. It is the most effective head game you can use. It makes you look foolish if you continue to yell and complain when your opponent is complimenting your shots. It calls attention to your bad behavior. So unless you want to feel like a bad person, there’s nothing left to do but to be fair in return. In social psychology, this is called reciprocity: people give back the kind of behavior they have received from another.

Can you imagine if we applied this strategy in real life? If, whenever someone accused us of doing something that upset them, instead of getting defensive, we say I’m sorry I’ve hurt you. If, when someone tries to pick an argument with us about politics or current events, we say, well that’s an interesting perspective. I can see why you would feel that way. Not because we like them or agree with them, but because we don’t want to give them any more ammunition. Because we want to disarm them. That would be a much more powerful weapon than retaliation.

And when it comes to mental toughness, I’m all about winning. 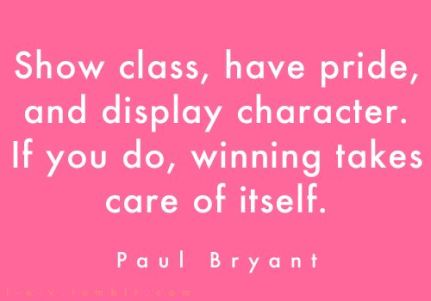 I didn't know it at the time, but I wanted to be a psychologist so that I could figure out how to be normal. I think many people come to counseling for the same reason. What I've come to learn is that feeling good about myself is not about trying to be normal. It's about trying to be me. But it's a constant struggle for me, just like it is for everyone else. So I thought I would approach this task with openness and honesty and use myself as an example for how to practice self-acceptance.
View all posts by Christy Barongan »
← Stargazing
Recovering Control Freak →