People who are on the sane side might not have experienced depression, but they can imagine what it might be like and have empathy for people who are depressed. The further you get from the line, the more likely you are to believe that depression isn’t real. It’s just an excuse that lazy people use to avoid taking responsibility for their lives.

I would say that most of the time I’m pretty good at walking the line, but sometimes I get pulled over to the insanity side. Usually because I’m feeling someone else’s pain. Because my emotions are pretty intense already. So once they are combined with someone else’s feelings, it becomes too much. Then my demons seize upon my vulnerable state and try to convince me that my pain will never end. Why go on living? Follow me into the woods. You’ll be free from your pain over here.

Writing requires being able to walk the line. I have lots of entries in my journal from the times when I first started to feel depressed but none during the times when I was in the depths of despair. Because at that point, all my energy was focused on survival. If I wrote at all when I was happy, I usually didn’t have much to say because I was too busy enjoying life to have time for introspection.

I’ve been trying to keep my balance over the past month, but sometimes I have to cross over to the insanity side to bring people back. It’s a risk to my mental health, but what can I do? It’s like going into a burning building to save someone you love. How can you stand there and watch it burn down without at least trying?

Maybe it takes more than one person to bring people back to the sane side. Maybe you have to form a human chain like you do in a tug of war, where someone is anchored at the line. That way the person who has to go deep into the woods won’t get lost. They have people who are holding on to them, pulling for them, making sure they’re able to get back. That way demons can’t win.

So maybe I need to start recruiting for a team, just like I do in tennis. Find a few sane people, some people who can walk the line, and a few who are adventurous enough to cross the line so I can save someone who is lost.

If only I could find some sane people.

I just finished Haldol and Hyacinths, by Melody Moezzi, and it is one of the best memoirs on bipolar disorder that I have ever read. A lawyer and human rights activist, Moezzi talks about how her passion and aspirations come from the same place that her mania and psychosis come from, and sometimes it is difficult to separate the two.

In An Unquiet Mind, the gold standard of bipolar memoirs, psychologist Kay Redfield Jamison says the same thing: that she was the most productive and most brilliant on the way to mania–until she became psychotic.

From personal experience I would argue that it’s true that for some people, it’s a thin line between brilliance and mania. I have never reached the heights of brilliance and mania that Moezzi and Jamison describe, but I know what it’s like to walk that line between sanity and insanity. Most of the time I stay on the side where I know the rules and try to follow them as obsessively as possible.

But there have been periods where I have had one foot in this world and one foot in the other. A world where the lines between black and white, good and bad, and reality and fantasy are blurred. I have had some of my best insights at those times, but I was also the most reckless during those periods. It is both freeing and dangerous.

At those times, I pay close attention to where I’m standing and do my best to maintain my balance.

Four of the six people in my family are bipolar. The kind of people who light up a room when they walk in. But when they are manic their light is blinding, and they can no longer see how they are hurting themselves and other people with their actions.

Sometimes people with bipolar disorder don’t want to take their meds because they don’t want to dull their creative side, kill their buzz. And it’s true that when you’ve reached the peak of mania the drugs you take are meant to put out the fire, so they dampen everything for awhile.

But there’s a lot you can do to keep from crossing that line. There are a lot of things that are in your control. You can be honest about your diagnosis. You can be compliant with treatment. You can pay attention to the warning signs and intervene right away.

It often takes a person with bipolar disorder many years before they can reach this place of self-acceptance, as these authors demonstrate. But they also demonstrate that you can still be brilliant when you’re stable. 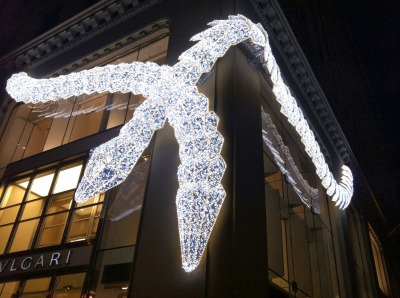 Unlike the men in my family who can draw and sculpt and make replicas of batman masks out of construction paper, I am not artistically-inclined. I can’t even draw a straight line. Or a round circle. I knit, but you just have to follow a pattern.  And I make jewelry, but for some reason I don’t think that counts, either. And I was an English major and love to write, but I don’t think I’m creative enough to write a novel, so I just write about myself.

This past weekend I went to an eating disorders conference because that’s what I specialize in. This year I decided to do all the touchy-feely workshops rather than the research ones. My favorite workshop was the one on art therapy. We had to do 6 different drawings of a bunch of doodles. Then we had to pick the 2 that we felt the most strongly about. Then we had to tear out the shape of our body for the #1 pick and glue it to the #2 pick. This was supposed to tell us something about ourselves.

I’m all about symbolic expression, but I was a little skeptical that this exercise could reveal anything meaningful about me. But then she showed us examples of self-portraits from eating disordered patients, and it was remarkable how much they revealed their struggles with their bodies, food, and emotions. Then she asked for volunteers to show their art work.

Ordinarily I would be too self-conscious to show my work, even if it is just a bunch of doodles. But I really wanted to get some feedback about my self-portrait. I thought that it might have something to do with being stressed out, since there was so much going on outside of me in the picture–almost like colorful asteroids knocking me over. And I had just gotten the rejection email minutes before the workshop, so I figured that must have played a role, but I wasn’t sure how.

After the workshop I asked her for some feedback, and then I spent some time looking at my self-portrait. I can’t explain how I came to this conclusion, but the drawing made me realize that I needed to stop doing the freelance writing job–which really fascinates me.

Maybe creativity is like athleticism: we think it’s some innate ability that we either have or we don’t, but maybe it’s possible to get better at it. She recommended that we take time out every day to play by doodling pictures, and I thought that was a great idea. I have been doing it every night before I go to bed. If there’s any chance that it can help me get my blog turned into a book by enhancing my creativity, then I’m all for it! I have no idea whether it’s working, but it does make me feel like a kid again.

I am so proud of my self-portrait that I’ve shown it to a few friends, and one of them said that it’s multicolored/multifaceted, like me. I really love that interpretation! I am open to other interpretations, too, if you have one.